Hi Guys – I am still here…. sort of.  Waving – not drowning…. and I feel that I can now break my blogging silence, as the weight of depression and chaos has lifted – albeit – temporarily from my shoulders. 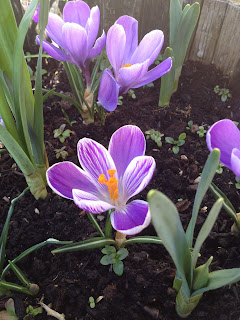 I have still been writing, but have resorted to pen and paper, as it was far less intrusive to my thought process.  I found that switching on the computer, waiting for it to fire up, then have a discussion with the Mother Ship, floating around in the Outerweb, meant that I often had to weight anything up to an hour, switching it on and off to reboot, before actually writing what I wanted to write.

Fairly, destructive to my creative flow. I also found that I couldn’t cope with the noise of the computer running.  I know it isn’t very loud, but it is insistent and demanding, the same as the washing machine and dishwasher or tumble dryer.  I was listening out for the noise, because when it stopped, I knew that was my cue for action – and I ended up unconsciously timing everything around it, which meant I was wasting a lot of time.

I became conditioned to react to the absence of noise.

As to the other areas of my life, they are also on hold.  But – spurred into action by an unexpected phone call, demanding intense soul searching, a couple of weeks ago, on Friday I made some really important decisions, that this time I am going to stick to, as part of my five year goal.

The last three years have shot past in a blur, mostly because I have been waiting and occupying my mind as best I can, and just wishing the time away

“it will be ok when that is sorted out”;

“I can’t do that yet, because I need an answer to this, which will impact into that”

“I need to speak to them at that appointment, so that with the answers I can go to the next appointment”

You get the drift…

Hours of my life just wasted by others, and me letting them, giving the right, by just acquiescing and acceptance.  Anything for a peaceful life.

This really is my time now, to make the memories and have the adventures that go down in the family archive, and chronicled under the heading What is Batty Nanny doing now?

I know, I know I have said this before and make no apologies for not having the strength or breathe sometimes to fight for what is, after all my human right, to live my life as I see fit.

Sometimes I just need to sit and think, just pause, reboot, and that opportunity has been denied me by others, without even thought or consideration.  Ta very muchely…..