is a concept constructed by Wordsworth – you know – the guy who was preoccupied with waving daffodils, or was that crowds of someone waving…

Until a couple of weeks ago, that was all I actually knew about the Poet.  Apart from him having lived in Alfoxdon and having a mate called Chatterton, Coleridge,  who owned a National Trust cottage, which was a pub, before the villagers clubbed together and bought it – presumably to preserve the historic nature of their High Street – or to stop competition cuz there is a bigger pub opposite.

I don’t know – I am waffling here.  As you can see my knowledge was scanty about the guy and his place in history.

As an aside, a few years back now, I had tried to buy a house in Spaxton, Holt.  Hadn’t realised at the time that it was the Quantock Weavers’ cottage, simply because that wasn’t one of my interests.  I remember someone commenting that Wordsworth lived down road.  But as the bloke selling had forgotten he had left a wife living in the house I had just made an offer on, it was not to be – four kids, himself and her would have made life a little overcrowded.   Mind you it could have sorted out the problems with bedroom tax.

Oh and there is a Poets Walk in Clevedon, not sure which or who walked there and something to do with a pig sty (literally, not metaphoric !!)recently identified as the house where inspiration was to be found comes into my train of thought here…

See I knew more than I gave myself credit for – but what I knew was quite a jumble and not really based on fact.

Now Shakespeare – I am a fan of him – well not really, I haven’t got a clue about him – the geezer who wrote the plays, but I am a fan of the brand and don’t really care who wrote what, where and when.  I just enjoy the plays and the sonnets for themselves.   They give me a glimpse into the period, the language which shapes our media and communication today and generally tell a thumping good tale – or two.  A study of human nature which despite the centuries which pass varies not a lot.

I have wondered off… back to old Wordsworth….

I have had my eyes opened over the last couple of weeks.  I am studying a Future Learn course – which is free and non-obligatory deadlines, about the man himself.  I am now hooked…

Future Learn – not too late to sign up for this and many other relevant courses to get the brain cells tingling during the Autumn Evenings.

Spots of Time – you will then discover what I am on about – a concept I wish I had come across years ago. 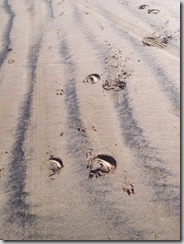 Oh and have a healthy fascination for horse shoe shapes….