A little bit of this and that…

Well bit by bit – I am starting to get on top of the tasks I so merrily abandoned to clear off on my various spontaneous “jaunts”. 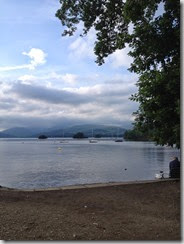 Sometimes responsibility totally gets in the way of creativity.  Especially if you are someone like me who feels incredibly guilty if they haven’t dealt with all their allotted “tasks” before settling down to “play”.

The current untidiness of my home though is something which has so totally overwhelmed me and that in turn also frustrates my sense of adventure – how can you make anything when you can’t find the vital components required? or have to spend so long getting them out, that you have lost the urge in the meantime.   My daughter’s answer to all of this is to chuck the lot out (also echoed by the woolly philistine which my youngest son !!).

But in amongst all the clutter, there really are vitally important things such as paperwork, and design books – so I cannot do this even if I felt so motivated.  I do though acknowledge it is all too much without some constructive help, rather than destructive criticism.  Nine years really is too long a time…

I have a plan though with the weaving and wool stash.  I have bought a second rigid heddle loom a while back – a 20” Knitters Loom – which thankfully fits neatly into my whizzy warper © – a wooden construction that clamps the looms in place whilst I am warping, with the warping peg a variable distance away. This was Himself’s idea to get around us not having any tables.

This idea of a production line now means that I have can have one weaving on the go, with the other being warped etc.   So the plan was that instead of finding wool and moving it around and then losing it again – simply get stuck in and actually do with it what it was intended for !! conveyor belt fashion – Simple eh?

This cunning plan was thwarted though at first base. Himself – having been nagged for about three weeks now to actually construct the second stand – claimed tonight that he didn’t even know I had bought another loom and hadn’t got a clue what I had been asking him to do….

Well now he knows…. tomorrow I will revisit HIS list of things HE is supposed to be tidying up… so there can be NO further misunderstandings

But this kind of process has worked well in the Kitchen (well it did until there was a late night international crisis about the tidied away Soya Sauce, which brought down the rather precariously balanced baking trays and other essential items such as stacked plastic containers, which may or may not have a lid - think the odd-sock debarcle

I definitely won that particular debate – well I assume I have as a new bottle of Soya Sauce has sheepishly found its way there after a recent buying trip that Himself managed to sneak in.  I have banned him from Asda and order everything on line – to avoid duplications and also the stash of Terry’s Chocolate Orange being maintained (which he doesn’t think I know about, but have found and removed !!)

So my current culinary experiments are Madeleines and Cous Cous.  Don’t ask…..  But my world is now complete as I have now tracked down my own personal culinary hero… Elisabeth Luard.   Everybody has one don’t they – even if they don’t cook…. Rick Stein, Nigel Slater – Delia Smith (but I have so gone off her since she got drunk and involved in football) – and who was that other guy – the one who was always sozzled but made cookery programmes disguised as drinking binges?… it will come back to me…

I digress…Years ago, when the kids were tiny and we first had cable TV installed…. there was little on it except this particular peasant cooking programme (oh, and the naked, very large, Russian Woman who undertook Calisthenics at very random times during the kids TV channel programmes – a lot of hilarity over that was had – never heard whether they caught the person streaming it…. but it made for some very interesting conversations with tiny children

Anyway back to the cooking… This person spent every programme travelling all around Europe/Baltic States and the British Isles focusing on ethnic cooking – simple ingredients over a single heat source – that kind of romantic stuff.  Very importantly it was recorded and documented at a time when this kind of heritage living was disappearing as the world became a more modern place.

I was fascinated by the textiles and crafts, as I was just learning to spin and other adventures in textiles, so the food bit went over my head as I ogled spinning wheels and embroidered costumes.

Over the last year, I had come to realise that this was fairly vital to my activities and contemporary culinary experimentation and really did have some relevance to my life.  But unfortunately Google only works if you actually have a name or a clue to put in to it.  Random Russian Calisthenics and remembering one episode was filmed on the Island of Mull didn’t get me very far – especially when I was referencing a period of time before the internet was actually known (was there ever a time?  yes my dear – there was !!)

Then I was waiting for someone the other day and started flicking through a magazine – and suddenly there was my Heroine…. MY HEROINE… in print and with a name….

So I have now tracked down multiple copies of the book which went with the series European Peasant Cookery(so my granddaughter can have the joys of blood pudding and how to smoke fish ! and Joshua can consider the essentials of constructing a preserving shed) and have found that she holds cookery classes… so me thinks I need to track her down and learn some more.   Unfortunately I have not been able to track down the programme on Youtube and there doesn’t seem to be a historic DVD floating around – but I have hope for the cookery channel as it seems to now have exhausted the Barefoot Contessa’s back catalogue !.

Whilst I have been writing this, I have been constantly distracted by the stuff on my desk…so have been resolving and clearing, so I can justify blogging – bit of a theme here eh!  I decided a little while ago that I would like to start writing down some of the ideas floating around in my head.  I currently have a fiction story, an autobiographical piece – and a sort of manual for the grandchildren yet to come…and great grandchildren that hopefully the family will be graced with.

With that in mind I opened up my trusty journaling software… to discover that I have written so much as a word since 2010.  A week before the Court Stuff all took hold.  This must be the longest period of time that I have ever not written creatively… so best feel guilty about that as well and put matters write right !!