..in which I discuss Muppets and Adventures… 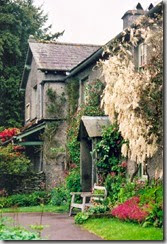 Whilst I am writing this – I am singing a ditty from Muppet’s Treasure Island (we are all Muppets you see, I was told that a while ago by one of Toby’s care staff – that is why he works for the system … and so I sort of guess that was what he thought of me as well) – There has got to be something better… too right…

So I have been on holiday – a couple of times… I so wish I could share with you some of the exciting opportunities which have emerged from a chance encounter or two.. but that will be for another day.   I have been to the Lake District,  Hampshire and Blackpool – not in that order, but it is the Lake District which has had the biggest impact on me.

I can give you some clues though so think Arts & Crafts, Edwardian Period and the Lake District… not forgetting some knitting, painting, thinking and living… a spot of Swallows and Amazons.. a bluebird (or two)…. not forgetting rabbits and socks… mountains and clouds.. and last but not least moving house at some point in the next five years or so…

In the immortal words of Jack Hawkins…. 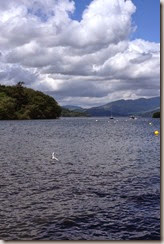