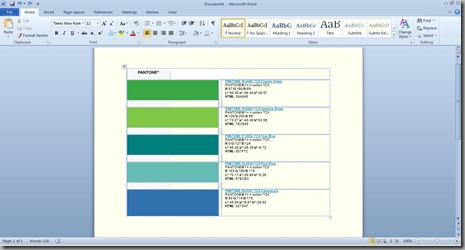 Even though it is pouring down with rain outside, and I have been up since quite early this morning I haven’t actually managed to get much achieved.

I have some lovely wool – I think either a merino 64 or some BFL – all labels lost in the mist of time – but a very soft handle - which I dyed last week using Kemtex Sea Green Plus (707), a smattering of Mid Blue Easidye (707) and Lemon Easidye (501) acid dyes. This was kettle-dyed, sprinkling the dye generously half/half with a smaller teaspoon amount of the Mid Blue confined to a small edge.   In the dye-bath I also placed some pre-felt and sock-wool – so I have some colours to play with when doing some felting in the future and may be to experiment on if I weave a length to play with.  I will have to weigh all of this when I have finished preparing it.

After a week of trying to get it dry – which was eventually achieved I started spinning it yesterday afternoon.

The problem I had though was with light being as poor as it is, I haven’t been able to catch the accurate colours which make up the roving as the lemon and the sea green blended, creating some lovely limes and forest greens. 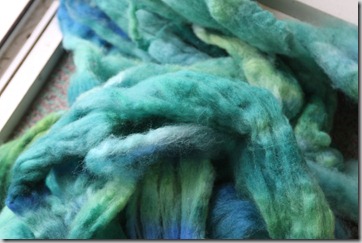 This though gives you a general idea – but the greens are a lot darker in the first batch.

So I decided to try to match them to the Pantone Textile colours – after the first five though I gave up. It never occurred to me that there would be so many variations of shades in just one dye-bath.  I then went on to compare some of the other commercially dyed rovings I have at hand – and found they were quite saturated and mono-tone in comparison, with very little differences in the whole roving.  As it should be – if want a consistent colour, but this could explain why I enjoy spinning my hand-dyed wool so much more.  A bit of a voyage of discovery and the finished product so much more interesting as your eye wanders over the different shades trying to settle on identifying one colour to describe it with.

I am going to call this colourway Water Horse – as we were watching the film yesterday whilst I was spinning it, and I was transfixed by the cinematographic colours of the “loch”. 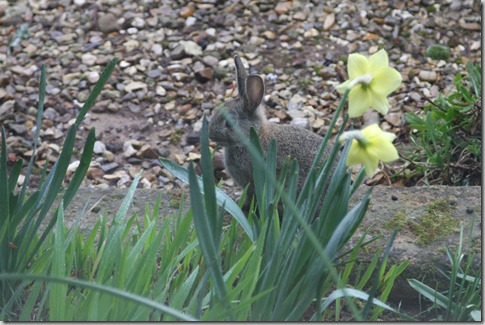