It was just a question of writing it down….and waiting…. 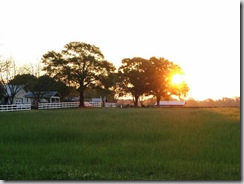 I am one of those people who seemed destined to wait for years for ideas to pay off.  I don’t have a problem with having ideas – visions or dreams - but they are usually so far ahead of those around me that it takes a while for others to catch on (or up !) with what is going on around in my head.

Today I am burstin with excitement as an idea which has been nurtured for the past four years but for confidentiality reasons can’t share this with you, has been given the go ahead to develop in conjunction with another initiative.  How tantalising is that… sorry…..

A bit about the back story though…

A few years ago, after spending another whole day at a Guild meeting (after having travelled for 2 hours), where no crafts had actually been done, but administration had taken over, I realised that there could be another way of like-minded craft people meeting on a regular basis to play, explore, create and generally learn about their crafts (and as a by product themselves) without the grief of meetings, committees and having to get involved with national organisations.

Simples… all that was needed is a crafting co-operative and mentoring process which would preserve historic crafts which are such a part of our heritage – but unlike bricks and mortar cannot be revived or rebuilt once extinct – as the verbal and intangible parts such as smells which are impossible to record accurately “dye” too.

So I placed an advert on a couple of craft group forums and I rounded up a load of friends to form a group where we could explore these ideals and concepts. Whilst this first group worked well after some initial hiccups with all kinds exciting initiatives and creativity taking place,passionate people being what they are - gradually more and more rules got put into place to protect and preserve  - and I finally had to accept that one size did not prove to fit all – with the core concepts being finally removed from the table by September of the following year.

Personally I found that the creativity and exploration which had been so important to the underlying principles had been totally overwritten, with each meeting the spontaneity became replaced by structure (very like the models which we had rejected in creating the group ironically) and I realised that my personal creative spirit was suffering so I took the difficult decision to leave to enable me to find some space and time to rekindle my own spark.

One of the reasons I invested some much energy to trying to facilitate the idea working was that I always thought something like this – a co-operative of thoughts and most importantly preservation of craft could be part of my personal future.  Over the years I have seen much of this regimentation of thought and process through the WI, Townswomen’s Guild, and Guild – and rather reluctantly had concluded that we – generic and non-specific - as a crafting community often over complicate the most simple of ideas !   This then excludes the very people that the whole system is trying to attract and from whom would benefit the most !

But back at the ranch, the relief of now being able to play again and develop and form ideas was quite heady, but I also missed being able to share and problem solve, plaud and clap and generally support others, whilst being supported.  Also what to do with the paperwork of the past few years? I therefore wrote them up as as business plan.

So far from rejecting my initial ideas and core concepts as impracticable and non-workable, the whole concept proved to be an amazing practical opportunity – with very real and tangible results and conclusions – not just hypothesis.   No experience good or bad is ever wasted in my life, but if I don’t write it down, I forget…

That was that – line drawn under the experience, with many happy thoughts until a few months later I was approached by a group of about ten people asking if I could help them start a similar set up.

I was initially concerned that the same problems would arise, so was reluctant to go down that route again – but took advice, and as my mentors pointed out, if it did – then my idea would be permanently flawed and unworkable.   Utopian thoughts, romantic ideology and nothing more.

So I braced myself, and applying the learning from some of the hiccups of the previous model, I placed a few very firm rules in place (including privacy and one previously unconsidered issue - copyright protection) along with restricting the remit to workshop textiles and production (but including the art element) and wow…. a year or so later happiness still reigns – the group is now up to 25 members and my involvement is minimal – except to turn up to play every now and again when I feel able to.

So me being me, I wrote it all down and created a business plan.  Job done !

Until this morning and a life-changing email…..and I shall share more with you as the months progress….

But the reason I shared this with you this morning, was not to gloat or boast, but purely to be positive and to encourage you to think outside the box if you feel passionately about something or think you can deliver community projects in a different way.  I know one or two of the people who read this blog are in the process of setting up their own groups, or having a nightmare of a time within groups and feel for whatever reasons they have no options, and other friends are having to negotiate the current systems, and their group members, to try to get exhibitions hung etc.etc.   So much mud to wade through…

Having to go back to the basic paper plan when I realised that I had been totally re-routed and the concept derailed, was really difficult. It is one thing to deal with it on paper, but these were real people who are lovely and who all had very valid ideas and plans, but the constant conflicting was very difficult and I despaired on many occasions of finding a solution which did not contaminate my business and future.  How much of my own core principles and ideas on which I make sense of life do I reject because others said I had to?  Do I just give up and walk away from the whole concept and idea that I have invested so much of my future in – so much so I can actually visual living in that future?.

As Joshua once said, at the end of the ballet of Romeo and Juliet – “what a pants ending, why hadn’t someone fixed it…”

So if you see a different way of being a community member, enjoying your craft/interest and perhaps being vital in preserving our ideological and crafting heritages – I would commend you to take a deep breathe – look around, reconfigure your approach, start asking questions and just give it a go…..no matter how impossible it might seem, it is just a question of perseverance and timing…oh and write it down as you go along…. !

and that is why I am writing this blog… 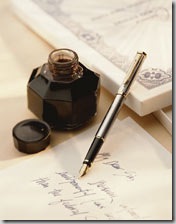